Founded in 1978, during the First Colloquium of Catalan Studies in North America (held at the University of Illinois at Urbana-Champaign), the NACS is committed to advancing the study of Catalan language and culture in the North American academy. It seeks to foster greater visibility for and dissemination of scholarship in the field of Catalan Studies and serves as a central point of reference, as well as a public voice, for a network of scholars in this field. To this end, the NACS holds biennial colloquia (along with occasional smaller symposia) and publishes the Catalan Review: International Journal of Catalan Culture. 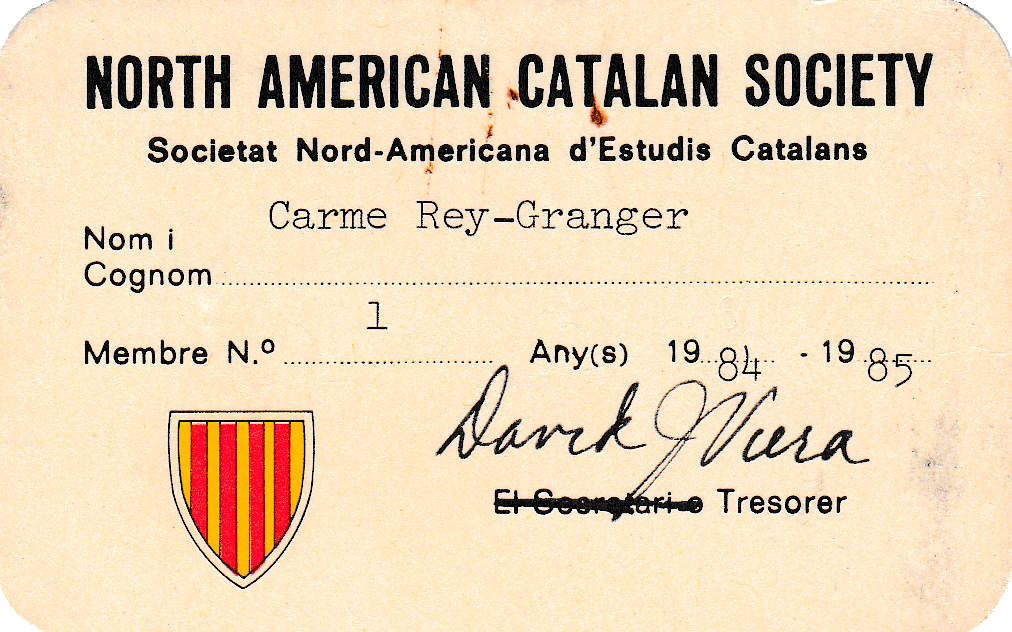 The First Colloquium of Catalan Studies in North America was held between March 30 and April 1 at the University of Illinois Urbana-Champaign under the honorary presidency of Professor Antoni M. Badia and Margarit, and with the organizing committee chaired by the professors Albert Porqueras-Mayo and Josep Roca-Pons. A hundred people attended and 43 works were read. 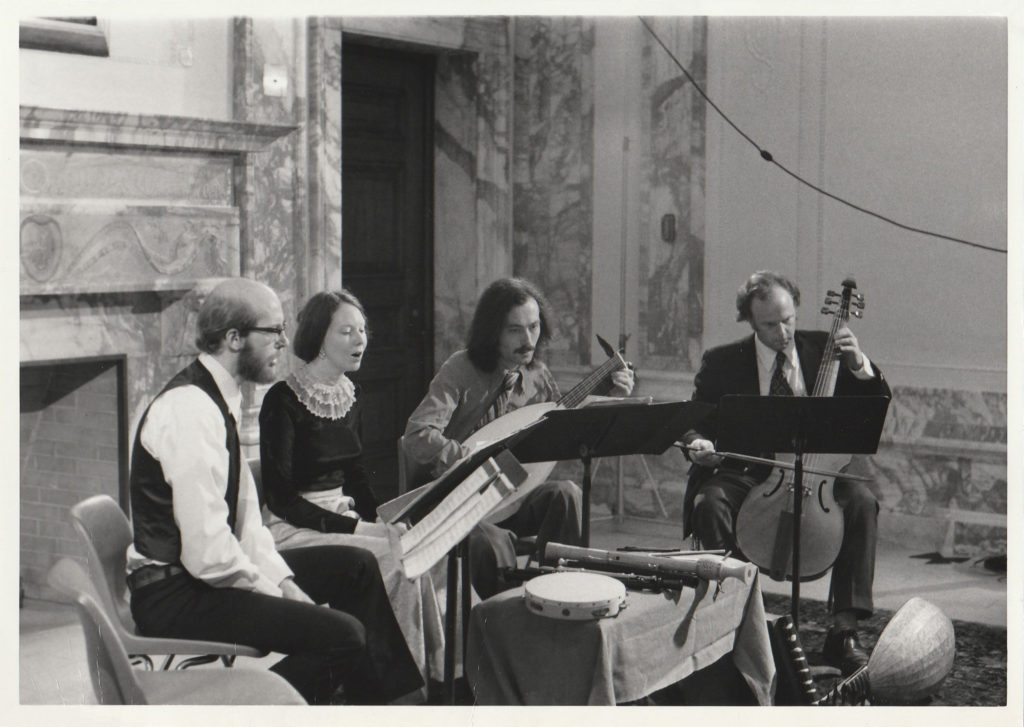 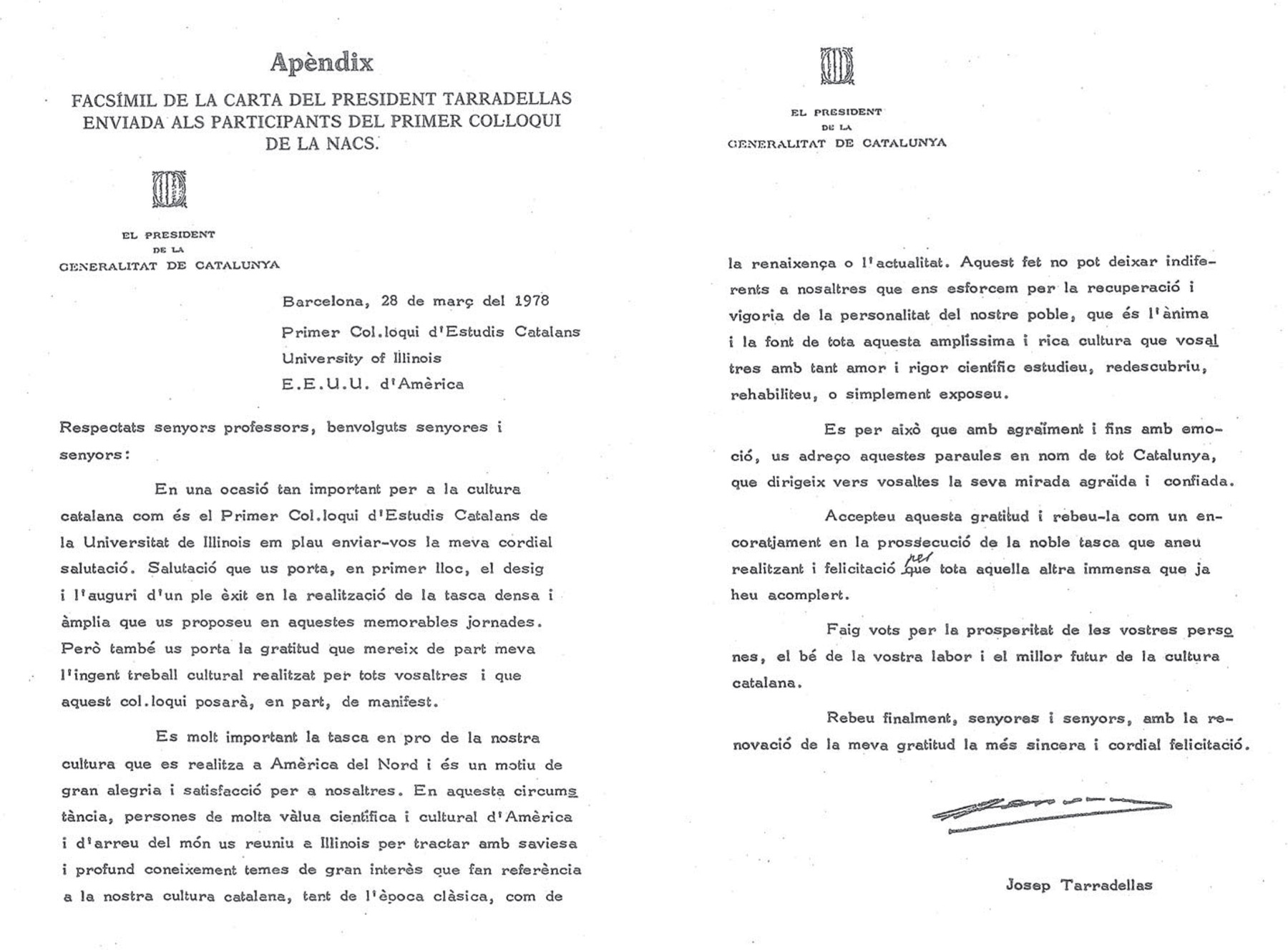 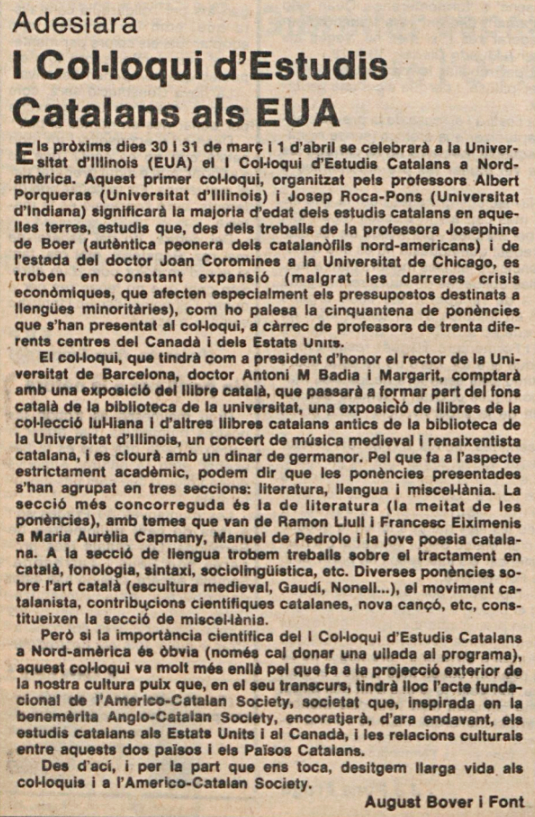